Edinburgh and its place in the World

It is difficult for me to hide my love of Edinburgh, and I strongly believe that we are at the start of a new enlightenment in the City. It will one which will be different from the last one, and where we will see new industries emerge built on innovation and enterprise.

For me I’ve never seen so much activity, and dealt with some many local entrepreneurs, and who have a focus on creating products for international markets. Another key sign for me is the demand for Computing graduates, which is higher than at any time I have ever known, especially with graduates moving into fairly senior roles. While at one time Scottish graduates had to move away to gain their experience, there are more than enough jobs around locally to stop the drain of talent. If Edinburgh does one, it needs to keep the talent that it has nurtured, and attract the finest minds from across the world, and welcome them with open arms.

Within Edinburgh there seems to be a strong infrastructure around the industries of current time and of the future. We have Amazon based one one end of Princess Street, and then to have key industry leaders such as Standard Life at the end, and for Dell Secureworks to be somewhere in the middle, we have the bed rock to create a world-class infrastructure, especially if our universities can embrace, and enable collaborations between the major players, and with SMEs. This is a city which was always been cheek-and-jowl, where, in the past, the rich and the poor lived together, often in the same stairwells, and where people were cramped into the confines of the city. As the city grew outside these confines, into the New Town, and beyond, it has kept its eclectic mixture of every type of background existing within its city boundaries, often right in its heart.

I’ve said it before in my previous blog, but one of the things I am proud of in my city is that 90%, in a recent survey, of them thought that incomers significantly contributed to the city. This is something that I strongly agree with, and I believe it is a city which is mostly tolerant, and future looking, welcoming those from around the World to contribute to its culture and its economy.

Hats off to James, and the many others 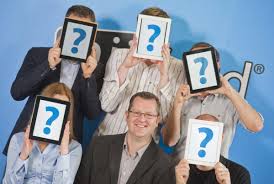 I see some many companies evolving, many having cut their teeth within the finance industry in Scotland. A great example is miiCard, led by James Varga, who creating a world leading identity product which addresses the problems of current IT infrastructures and aims to created trusted identity provision. James has thus chosen Edinburgh to be the base for his company, and has made the decision to base it right in the center of Edinburgh. This, hopefully, can provide him access to some of the best talent that the Scottish economy can provide. It is a real privilege to get access to their operation, and help in some small way in the development of their product.

For many a business trip to Edinburgh, from anywhere in the World, can often be seen as a pleasure compared with visits to some less impressive city landscapes. A one hour flight from London, and jump in a taxi, and within 15 minutes, you are at miiCard’s office. For those companies who are stuck on an out-of-town industrial unit, they can only dream about having such as privileged work environment.

James is just one example of the entrepreneurs operating in Edinburgh, and it is key that universities do more to enable collaborations with SMEs. We are lucky to have SFC and SE in providing funding for collaborations between SMEs and universities, and often a little seed from an innovation voucher can lead to great things. In Scotland there is also a complete range of funding opportunities for innovation, from £5K innovation vouchers from SFC, onto £40K follow-on innovation vouchers, right up to SMART grants from SE. So anyone with a good ideas has the potential to create the new generation of products.

A key focus for the city is thus to enable the natural synergy between established industries and the public sector to engage with SMEs, and academia and grant funders have a key role in this. Here’s to this fine and elegant city, who has supplied much more to the World, than it has ever asked for.

Postscipt: I am so pleased that the Cloud Security Alliance are setting up their congress in Edinburgh for Sept 2013. Please come along if you are able to: