Apple are well known for their focus on constraining both hardware and software vendors to work within their specifications for Mac OS X and iOS. They are also a company who have the resources to target a successful business area for others, and have the resources to follow through and gain significant adoption. From a company who were floundering with computer systems which did not fit-in with the main-stream, and build with custom chips and with their own operating system, they have effectively become the company who set the standards within the computing industry, and in a way that IBM did in the 1970s. So with the release of Yosemite, we’ll see who Apple have in their sights. As other computer companies sit back, and try not to rock the boat, Apple have shown it has the guts to take on the industry, and steer it in their direction. From since the glory days of IBM has seen such a drive on setting industry standards.

After the computing industry shook off its IBM dominance, Apple’s main competitor was 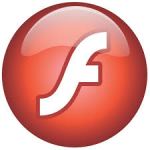 Microsoft, and, through meetings with Steve Jobs and Bill Gates, the two companies managed to work together, especially around the porting of Microsoft Office to the Mac. The main target, though, for Steve Jobs was Adobe Flash, who, in April 2010, wrote an open letter outlining the reason that Apple would not support Flash on the iPhone, iPod touch and iPad. For any software house, the reasons given were a dead-nail, and included:

And, to push them off the mobile platform, he dictated that there was a desire to exclude third party software coming between the developer and the operating system, and that Flash, which was claimed to be open software, was a closed system.

This was the beginning of the end for Flash for mobile devices, where developers had to quickly migrate their software towards the iOS, or quickly lose customers. For many Adobe Flash had been the way to develop once for a range of platforms, and possibly this was at the root of the problem for mobile devices, as Adobe were trying to cover so many bases. With this a developer could develop for a desktop, and then the same Flash content would run on both Android and Apple iOS. It was one of the few software plug-ins that could cover all of these, and which seamlessly downloaded the plug-in and associated updates. From an industry point-of-view, the future looked rosy for a platform that could cover the migration from desktops to mobile devices, but Apple’s decision effectively stopped them in their tracks. Apple tried to justify its approach too by stating that online video no longer required Flash, leaving Apple plug-ins such as QuickTime ready to take on the increasing requirements for video streaming.

For all the arguments around it’s cross-platform nature, Adobe Flash has been weak around its security integration, and has ended-up being the rogue’s gallery for software vulnerabilities, being highlighted with one of the three main threats which expose users to malware: CVE-2013-5331 (Adobe Flash), CVE-02007-0071 (Adobe PDF) and CVE-2013-1723 (Java). If a user has an unpatched system, they can be exposed to each of these vulnerabilities.

The threats are fairly easy to implement for script kiddies using exploit kits such as the Phoenix Exploit Kit v2.5, which has all the scripts required to create the documents and the code required to exploit the user’s machine (Figure 1). There’s a whole industry in exploit kits, where, for a maintenance fee, the Exploit Kit creators will patch their exploits to make use of the most up-to-date vulnerabilities, and try and overcome some of the patches applied by venders.

Apple have, though, removed the restrictions related to third-party tools, languages and frameworks, which does allow Flash deployments on iOS using Adobe’s iOS Packager. This approach is still risky for many developers, as the door may be closed on future updates. For Adobe, the have moved their efforts away from a Flash plug-in for mobile browsers, and to port their ActionScript programming language and Adobe AIR towards native mobile apps.

Yosemite and the user experience

The clash with Adobe Flash highlights that Apple identified that there was a great worry that customers would move away from the App Store, as equivalent Flash applications would have provided a suitable alternative, especially as applications could be developed to support not only iOS, but also Windows, Linux, and Android. Along with this, Apple are keen to control the user experience, as the new Yosemite, where they have seamlessly integrates a new look-and-feel for the user. As shown Figure 2, Apple have gone for a flatter user experience, and it is one which users take to almost instantly, and actually forget the updates to the GUI. This approach is to not radically change, as we have seen with Windows 8, but to seamlessly update and refresh.

A demo is shown here:

I have personally spent a great deal of time developing with Flash, but it became along unmanageable to maintain the ActionScript code. So when ActionScript 2.0 came along, I had the decision to port all my code to ActionScript 2.0 or to go with Java or .NET. My choice was .NET, and I’ve never regretted it. Unfortunately .NET is not really that well supported on iOS from a user interface point-of-view, but I’ve generally spent my time developing for the Web, and with ASP.NET MVC, I have the perfect development environment, where I can share code across my applications, and clearly separate the user interface from the middleware. So, here’s one of my old Flash apps:

With Apple now content in constraining the applications and user experience that they gain on OS X and iOS, their next target is Cloud synchronisation, as users are increasingly storing their content onto Cloud-based systems. With a generalised Cloud synchronisation package, such as Dropbox, users can easily update all of their files on a range of device, of which could be both Apple-based or not. This provides users the ability to move and edit their documents on Windows or Mac desktops, and then synchronise on their mobile devices (typically either an iPad or an Android tablet).

The Cloud sync package thus holds a great deal of power in the way that systems are architected, and users will develop trust in their Cloud sync provider, especially as they do not have to backup their system with complex software. And so the target for Apple is Cloud sync apps, and one of the key features of Yosemite is its seamless integration with the iCloud, where files can be synched between Apple iOS and Mac OS X. This is especially focused on users with an Apple iPhone, an Apple iPhone, and a Mac book. For them, from Apple’s point-of-view, the three devices are integrated together, but it risks a closed Cloud environment, which pushes out Windows and Android, and could lead to a lock-in for users.

Adobe possibly tried to cover too many bases with their Flash plug-in, and forgot that mobile devices were different beasts to desktops, and where the consumption of energy and CPU were not good things. They slipped too in consider security considerations for the desktops, and have become part of the rogues gallery, being the exploit of choice for malware writers. The writing was on the wall, though, with the move towards HTML 5, and the track for Flash was always going to be a difficult one, especially as Flash has always been seen as a resource hogger.

With the latest integration of Yosemite OS X, we can see the coming together of a range of devices to seamless integrate them. For Apple, they would like users to have all three of their devices, so Yosemite sees the first real attempt to bring them together using the iCloud. Thus Dropbox and Cloud sync providers are now a target for Apple, and, for a company that Steve Jobs tried to buy many years ago for its iCloud, it has managed to develop a strong business, but one will see if it can stand up against the might of Apple. Some small integration issues around the installation of Yosemite perhaps show it will be a bumpy ride for Dropbox.